Phosphorus can influence both tuber numbers and tuber yield (see also Phosphate and phosphite for potatoes 2014).

Foliar application of phosphate may be insufficient at low soil P and unnecessary at high soil P but is a useful technique for mid P soils (see also Phosphate and phosphite for potatoes 2014).

Phosphorus is present in soil in four ‘pools’, each of which is differently available to plants and the relative sizes of which depend on soil characteristics. Figure 1 shows these four pools and indicates the approximate relative speed of movement between them. When a soil has had no perturbations for some time, P is distributed in these pools at dynamic equilibrium.

If P fertiliser is applied, it will initially be present in the solution P (or ‘organic P’, if applied as an organic amendment) pool, and the total amount applied will be gradually distributed to the others to reflect the equilibrium proportions (though absolute concentrations will change, the proportions will ultimately end up the same). The speed at which P moves into and out of soil pools depends on the individual soil, as indicated in Figure 1. 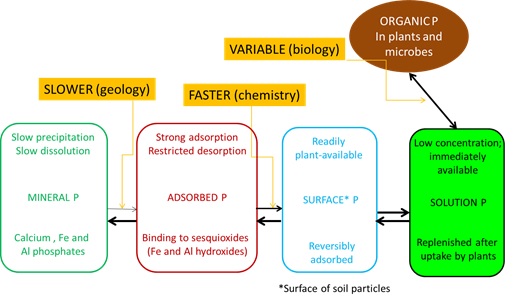 Figure 1. Distribution of phosphorus in soil (from Phosphorus application theory 2019).

Since phosphate is rapidly fixed to soil, it becomes associated with the soil particles to which it was initially applied. The implication of this is that if the soil moves for some reason, be that erosion transferring it horizontally (to other fields or water courses) or ploughing transferring it vertically, the P will move accordingly. However if the soil is undisturbed, the P will mostly remain in the location to which it was applied. Therefore if P fertiliser is consistently broadcast without any incorporation there will be a high concentration on the surface of the soil. This is illustrated in Figure 2 and becomes particularly relevant when sampling for P concentration in minimum-till or no-till soils. 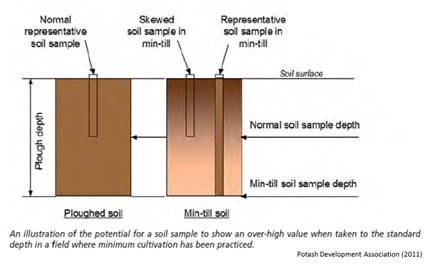 Figure 2. Illustration of likely ‘high concentration’ band of P fertiliser when applied to surface of soil and not incorporated. (From Phosphorus application theory 2019)

The role of organic matter (OM) with phosphorus

Use this link for definition of critical concentration.

In designing the phosphorus model for potatoes there were two possible structures, namely:

Despite thorough literature searches, there was little evidence to support a single critical concentration. See Critical concentration for more information. Also, although soil concentrations of organic matter and calcium are likely to be vital for determining the soil’s ‘buffer factor’ (the amount of P fertiliser (kg/ha) to effect a 1 mg/L change in Olsen P), at the time of writing there is insufficient evidence to create a quantitative model from a theoretical basis. Therefore the model as it stands advises users in terms of sampling, monitoring and calculating relevant values for their own soils.

The 2019 PRG phosphorus model suggests the amount of P fertiliser to apply to a soil in a given year to provide sufficient fertiliser for that year’s crops. Unlike the 2019 PRG potassium model, it does not recommend a target concentration of the nutrient in soil, but instead requires the user to decide that for themselves. The model uses information about anticipated offtake of P in the forthcoming potato crop, the amount by which the soil concentration is required to be increased (to reach the user’s target amount), and the calculated buffer factor of the individual soil.

The model does not provide a target concentration of P in soil, however the ‘key steps’ tab in the model suggests considerations when choosing a target concentration. Also be aware of the information provided in this Growers’ Guide ‘phosphorus dynamics in soil’ section [link]. Sampling and analysis of the soil will provide useful information about factors such as organic matter content and calcium carbonate content.

The current concentration of P in soil will be required to calculate the ‘build-up amount’ (if any). The following details are also important to follow as part of standard P monitoring and record keeping, which will be necessary to determine a buffer factor for the soil in questions.

The model provides a space in which buffer factor for the soil can be calculated (by the model). This requires several years’ data on ‘before’ and ‘after’ Olsen P concentrations in soil; see model for more details. At the time of writing, it is not possible to provide a generic buffer factor for all soils, as there are likely to be many, complex influences involved and current published literature does not provide enough information for these to be robustly determined.

Phosphorus update 2018 (Influences on phosphorus availability and interactions in soil)