Internal enzymatic blackening of potatoes is more likely to occur in tubers which are K deficient. 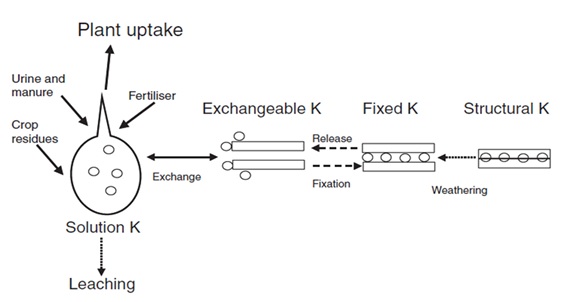 Information from Potassium for potatoes 2015

There tends to be a positive correlation between yield and available potassium in soil (up to the point where other factors become limiting). Therefore the suggestion of a ‘critical concentration’ is often made, i.e. the concentration (of nutrient – in this case potassium – as measured by a given method) at which no further response to applied K is seen. 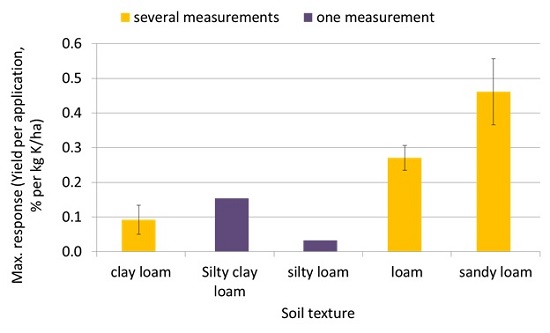 This section of the Grower’s Guide is not intended to fully describe the model (that information is available in Potassium application model – background 2019), but is written to aid understanding of how it should be used and the inputs / outputs relevant to the users.

Each of these values are required to be known by the user before the model can be used to estimate the amount of K fertiliser to apply.

This is the target concentration for ‘available’ K which would (theoretically) be measured if a sample was taken as plants started growing. For the model, a conservative value of 200 mg L-1 has been chosen, in light of literature research and understanding to date. Common to all soils and users, defined in the model: not input by user. 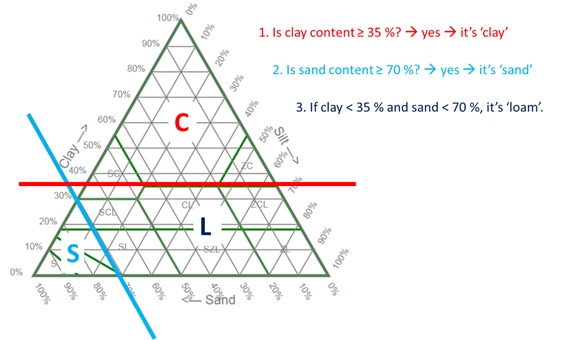 Figure 4. Selecting soil texture for the purposes of the model.

After inputs are selected/entered by the user, the model first calculates the ‘provisional application amount’, then applies modifications to that in light of likely release of stored K from the soil during the potato growing season.

The ‘Application amount’ in red text at the bottom of the calculations page for each soil texture (clay, loam, sand) is the recommended amount of fertiliser to apply that year for that potato crop on that soil. The amount is rounded to the nearest 1 decimal place and the model is set to never return a value less than zero kg ha-1. Two numbers are provided: one in kg K ha-1 and one in kg K2O ha-1. This enables users to most easily calculate the amount of fertiliser material that should be applied, based on the nutrient content of the specific fertiliser they are using.