Options for control of Alternaria only.

See the manufacturers’ websites for details of fungicide use. 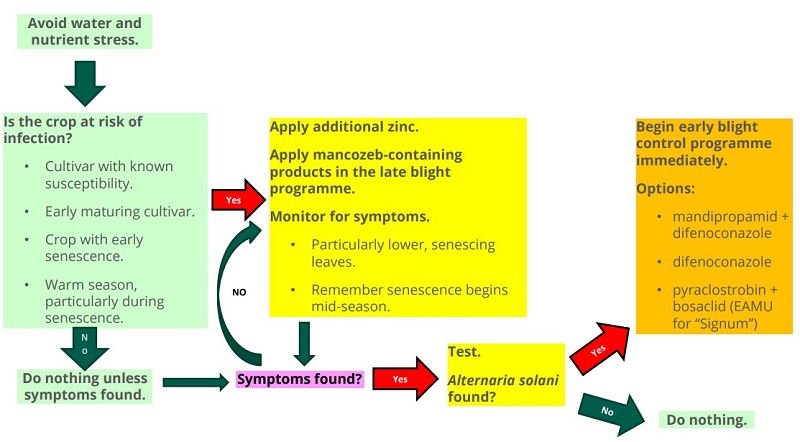 See the manufacturers’ websites for details of agrochemical use.

Control of early blight 2015 (Assessing the risk of infection)

Early blight 2014 (Comparison between Alternaria solani and A. alternata; disease development in the canopy; influence of nutrition; time of fungicide application)

Early blight biology and control 2012 (Time of starting a control programme; difenoconazole + mandipropamid for control of early and late blight)

Early blight control 2009 (Alternaria life cycle; control should be in addition to a late blight programme)